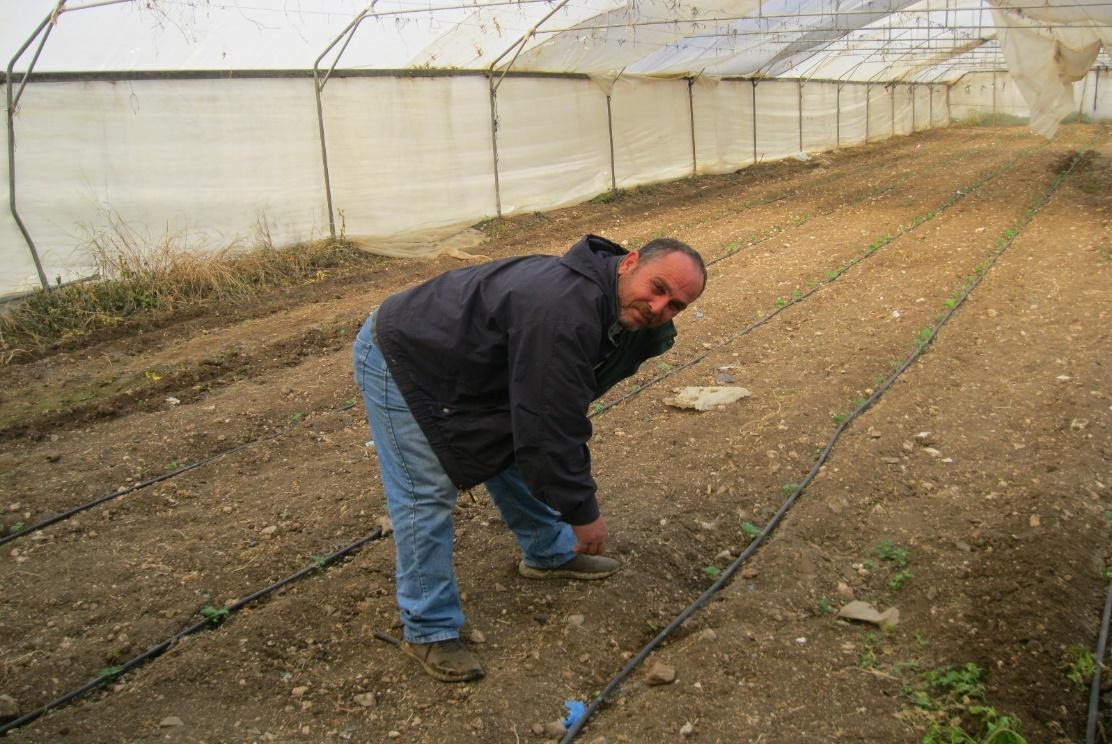 Beneficiary Maher Ahmed Saeed Jada (49 years old) from the town of Zita in Tulkarm governorate, father of three children, has been working in the cultivation of vegetables (greenhouses) for twenty years. He was not able to study, but rather professionally cultivated by heredity. Since childhood he worked as a farmer Wages for large farmers, at a monthly average of no more than 2,500 shekels, except that his living requirements increased, so he became the supporter of his family, and he was entrusted with providing for their health and educational needs, so he had to find solutions for a decent life for his children.
Throughout his years of work in agriculture, Maher was unable to provide one shekel that he could invest in starting his own agricultural project, and like all small farmers, his options for access to financing sources are very limited, so Maher applied in 2016 to obtain financing from the Reef company, worth $ 10,000. To be able to create a greenhouse of 2.5 dunums.
Maher, his wife and his son started working on this land, and they began cultivating a good variety of vegetables, such as tomatoes, cucumbers, beans, peppers, and others, and the project began to generate money for this family, so that they could cover their monthly obligations, spend easily on the family, and provide them with the necessary living needs.
After the demand for vegetables harvested from Maher and his family’s land increased, he applied in 2019 to obtain another funding of $ 13,000, to develop his project, to operate other farmers with them on this land, and to expand the marketing network for these vegetables, as he started selling his products in the local markets to everyone Nablus and Jenin, and his monthly income exceeds 4000 shekels, and he has now managed to employ two other women to work on his project, to grow other vegetables, and to reach new markets.
The beneficiary’s countryside funds helped Maher Jada to maintain a stable monthly income, secure his family’s health and education needs, as well as enhance the family’s experiences through her work in this project.