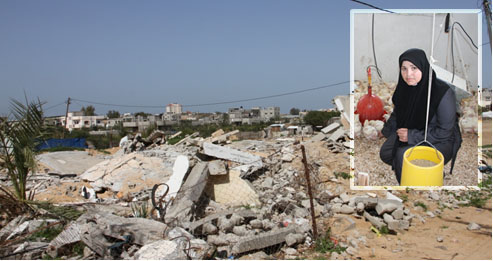 Samar Nofal, is 34 years old, married with 4 children all of them are in schools, living in Nussierat refugee camp, her husband has a temporary part-time job,  and his income is not enough to cover the family basic needs, their monthly income never exceeded the amount of NIS 300. They used to depend on people’s charity they get.

In April 2013 Samar started a poultry project at the upper roof of her house by receiving a loan from Asala to generate income and support her family.

She started the project with 100 chicken and started to make about NIS 500 every 45 days, 12 month later she rented a farm close to her house, and increased the no. of the chickens to 1000, and her income increased to reach NIS 2000 every 45 days.