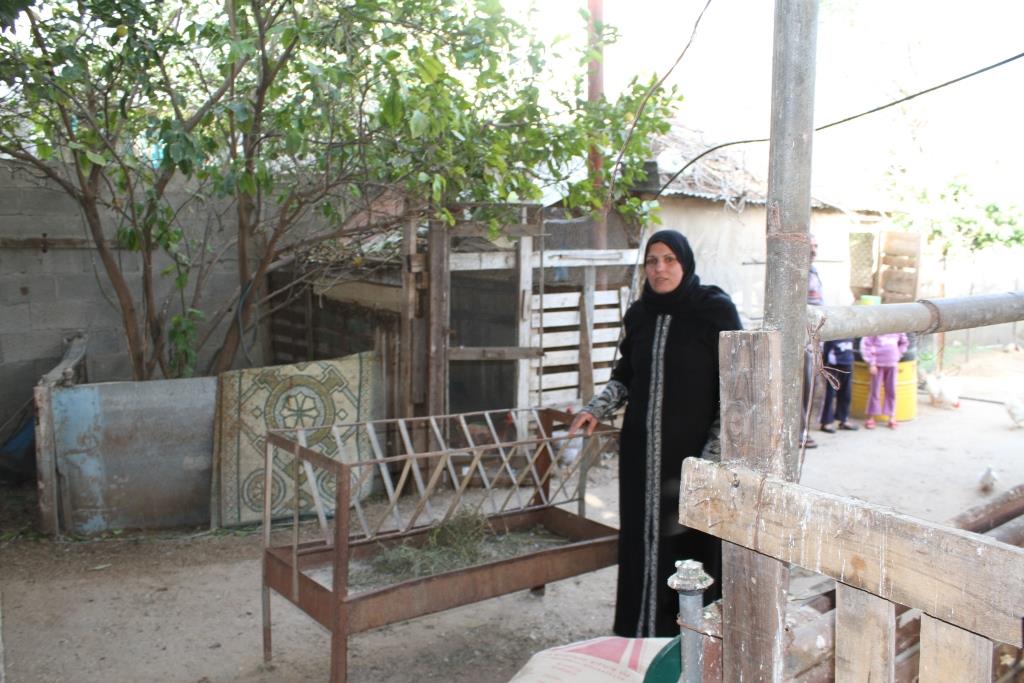 Ramzia is 45 years old and married with 9 children. One of her daughters was married and she was killed together with her husband and his family.
Ramzia was pregnant and she delivered her baby during the war. Her husband was working as taxi driver.
Ramzia started grocery store project 2005 by a loan from Asala near her house, to generate income and support her big family, during the war her house was targeted and as a result was partially damaged. Her project was also targeted and totally damaged. Her husband’s car was also damaged, they moved to UN school , the air fighter targeted the UN school and her son was injured, now they are back in the house “what is left of it.”