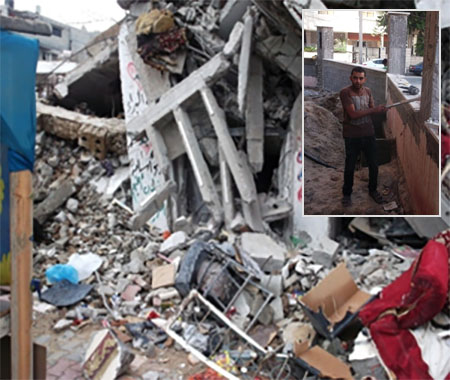 Mr. Sukar is a building contractor, he was granted a loan in the amount of 7,000$ in 2013 for buying timber for construction. The project was located in Al-Shajaia neighborhood Alnazzaz Street, which is the same location of the borrower’s home place (a building of four levels containing the borrower’s house and his project).
This location was exposed to the worst types of the Israeli aggression in the last war. On 22/07/2014, this neighborhood -without any warning- was unprecedentedly violently destroyed with all kinds of fighter jets, from aircrafts and tanks to highly explosive and destructive weapons of war. Residents fled from that district to another where they sought shelter in UNRWA schools. Unfortunately, the borrower’s house was directly targeted by the F16 aircrafts with several Israeli bombs, resulting in the destruction of the entire building. Most of the borrower’s family members succeeded in evacuating the house minutes before its destruction.
Unfortunately, his eldest son couldn’t make it, After losing his house, the borrower and his family were displaced to one of the UNRWA’s schools.
The borrower wanted to search for his son; he wanted to know if he was injured or martyred, but he couldn’t because the neighborhood was like a fire torch.
He tried to coordinate with the Red Cross to reach his boy, but he waited several days without any response from the Israeli Occupation military forces.
After 14 days, he dragged his sons’ corpse from under the house ruins, and buried his remains during a 12 hour truce. An extreme tragic scene for Mr. Sukar during this aggression was the corpse of a Palestinian with decomposed unidentified features under his home ruins. 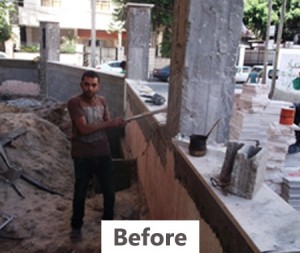 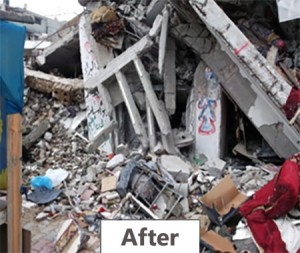